According to new research, parts of your car can be dirtier than a toilet seat. Can you guess which is the dirtiest of all?

Surprise—the dirtiest place in your car is the steering wheel!

Your steering wheel carries with it the germs that your hands have brought from wherever your day may take you. Even if you are diligent about vacuuming your car interior and taking it for a spin in the car wash, your steering wheel might not get wiped down as often as it should be. Your steering wheel is the top place for germs.

How dirty is your car?

There are approximately 700 different kinds of bacteria living in an average car, which is dangerous if you’re someone who likes to eat in their car. CarRentals.com went on to break down the numbers by determining the average amount of bacteria per square centimetre. CarRentals.com found the average steering wheel had 629 colony-forming units of bacteria per square centimetre, which ranks dirtier than a public toilet seat (172 CFU), a cell phone screen (100 CFU) and public elevator buttons (313 CFU).

The cup holder doesn’t trail the steering wheel by much in terms of dirtiness with an average of 506 CFU per square centimetre. The seat belt ranks as the third-dirtiest and the inside door handle is fourth, according to CarRentals.com.

A 2014 study published in Biofouling found Staphylococcus as one of the most prevalent bacteria found in cars, which is cause for concern since staph can cause food poisoning, skin infections and MRSA.

Next, find out our best-ever car cleaning tips and tricks.

Originally Published on The Family Handyman 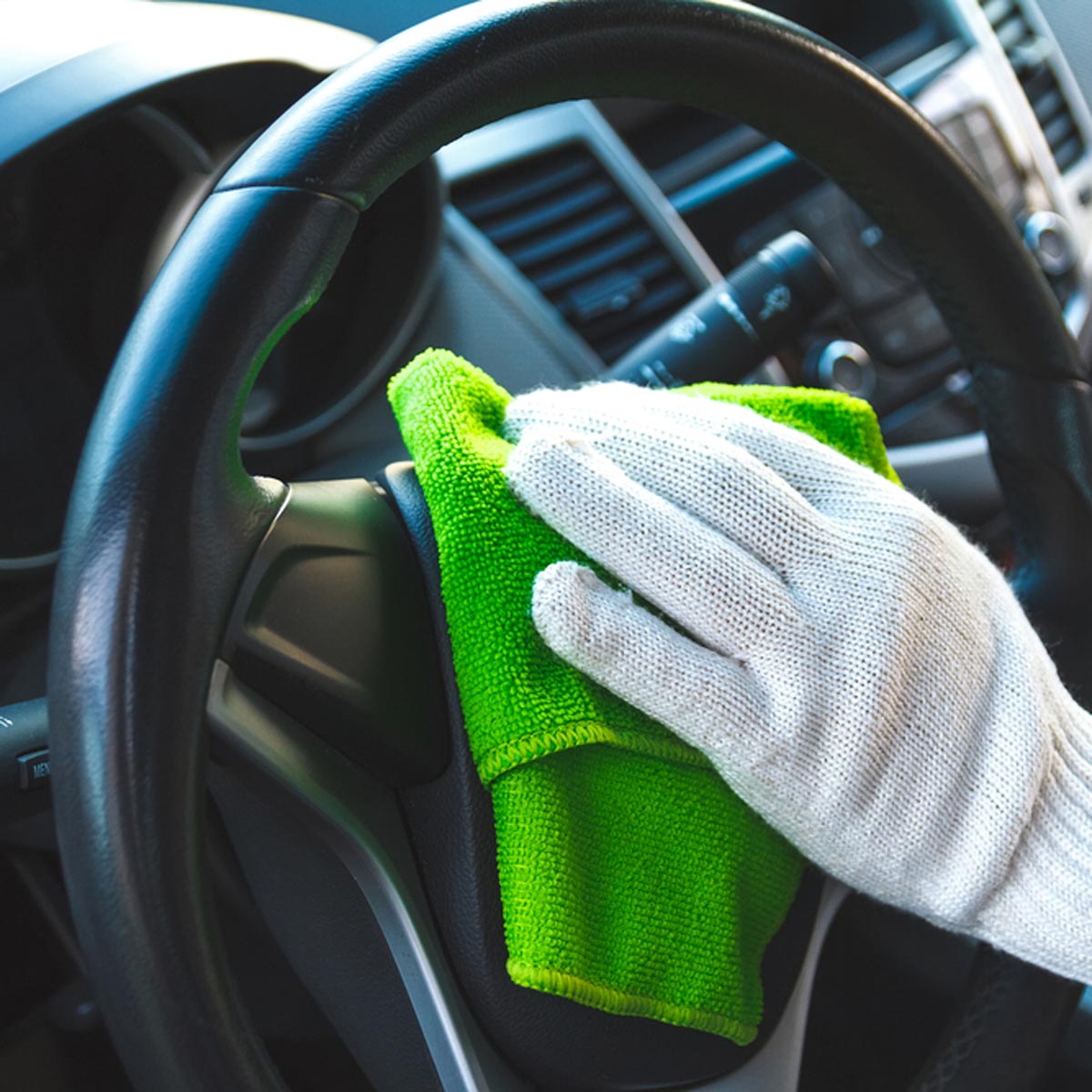 FREE sanitation to fog interiors to combat the COVID-19 virus, with all details! Vote For 5 Star Car Wash & Detail Center For best Of 2020